Skip to content
Girls’ Day 2021 took place in Germany on April 22nd 2021. The University of Stuttgart was there with a workshop offered to encourage female students to look at information technology courses of study and professions.
Franziska Becker and Robert Rapp from the SAPPAN project, therefore, wanted to convey the important content on data protection and encryption. The event “Hacked? Learn about password and secret languages!” was offered by the two. 13 schoolgirls from all over Germany took part in this online event.
The online event had an interactive structure and offered the schoolgirls a varied mix of information, discussions and games. After a short introduction, the participants were allowed to take part in a small warm-up game. As an introduction to the topic, the first mini-challenge “Who Am I” was to be carried out in three small working groups. Each team was asked to compile the information they could find about Robert on the Internet. Afterwards, Robert started with the first informal part, why data is collected on the Internet in the first place and what information can be compiled from the collected data. Afterwards, the students were shown how to find hidden trackers in their smartphone apps. With the explanation of “cookies” and the “cookie notification”, there was also a small insight into the German Data Protection Regulation (DSGVO). The next topic area also started with a small mini-challenge called “Password please”. The students tried to create the most secure password possible from the given one. In the resolution of the challenge, Robert showed an online tool for password verification. To wrap up the topic, the girls learned more about strong passwords, password managers, and two-factor authentication and were able to ask questions about them. After the lunch break, the session continued with a discussion session about “hacking”. For the students, hacking was no longer a new term and they already knew hackers from movies or even had an idea what the goal of a hack attack is. Franziska then explained the origin of the word hacking and the various forms of hackers. To ensure that the participants are better protected against hackers of all kinds in the future, Franziska showed them a quiz that can be used to raise awareness of a widespread hacking attack called “phishing”. She also presented an online tool that can be used to check files and URLs for viruses and Trojans. In the mini-challenge “A Different Kind of Secret Language”, the schoolgirls were able to playfully encrypt their own text. Working in small groups, the girls created their own encryption method and used it to encrypt the message. Afterwards, the encrypted message was passed on to another group and they tried to decode it. This revealed some really clever ideas for encrypting content, and individual words were also converted back into legible text during decryption. Afterwards, the students mentioned that this challenge in particular had been a lot of fun for them.
After the practical exercise, the students were very curious about the presentation of different encryption methods. The principle of “end-to-end encryption” (E2EE) was explained in a small messenger comparison. After the content part, the students still had enough time to ask all kinds of questions. As a conclusion, the students received a two-part handout. 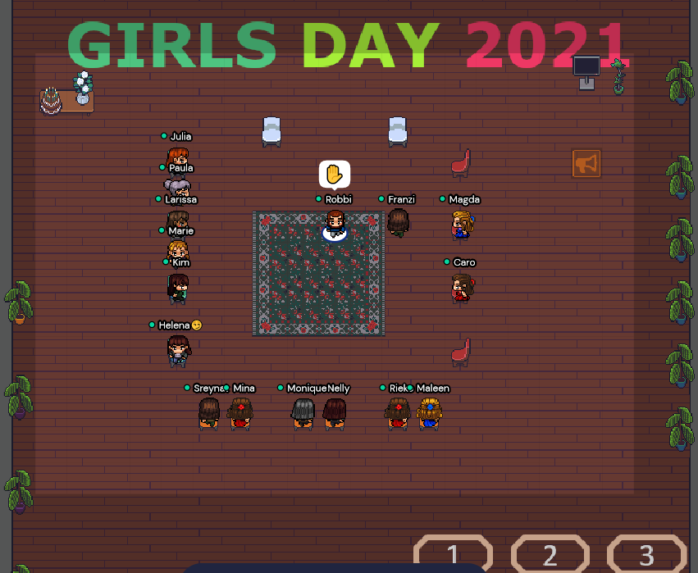 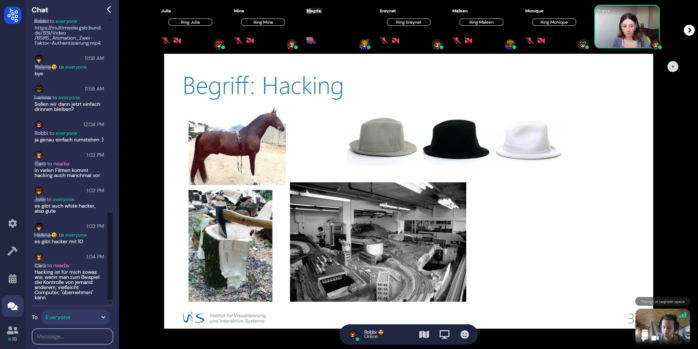