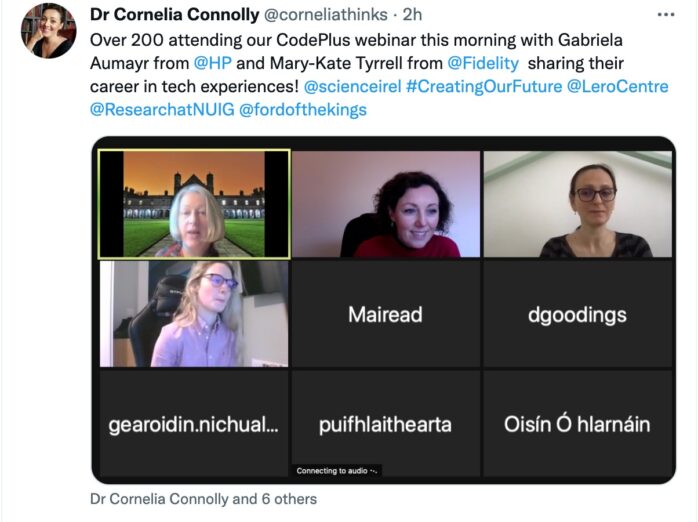 On December 9, 2021, there was a Webinar presented by the Women in Security (WiS) group at HPE for secondary school girls. Gabriela Aumayr (HPE/SAPPAN) talked about her professional paths toward Computer Science careers, including her involvement with the SAPPAN project.

The event saw attendance from about 200 secondary school girls from the west coast of Ireland. The talks were very well received, and the organisers suggested there might be a similar event with new schools next year (2022).